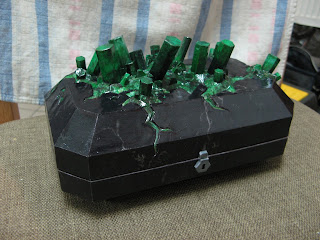 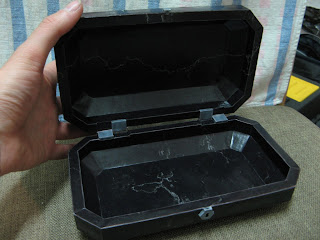 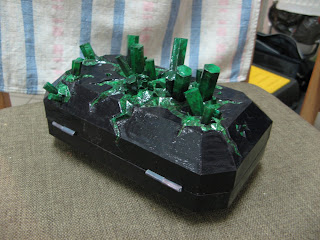 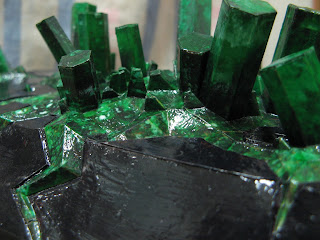 An obsidian-like box with emerald crystals growing out of it I designed and built as gift. It has functioning hinges.

There will be no download this time. It was a special gift and I'd like to keep it unique, at least for now. I don't expect anyone to be crazy enough to want to build it anyway.


Build notes:
The most difficult thing I've worked with yet, partly because it's very detailed with lots of small parts, partly because "random" shapes like these aren't easy to build. Printed on photo paper, which was a big mistake. Photo paper is covered by a thin plastic layer which makes most glues not stick to it. I had to peel it off the back of every part and sandpaper every flap to make it hold. Plus the color fades or changes when you fold it. And it's expensive. Do not use.

Model and textures made by myself with the use of Google Images and my own modifications.
Posted by Brokensoul at 5:06 AM

Email ThisBlogThis!Share to TwitterShare to FacebookShare to Pinterest
Labels: original